Differences in drying behavior caused by position effects due to radiation effects or the flow pattern of the shelf fluid for example are encountered within each freeze dryer. The Tempris technology constitutes a valuable option for reliable and rapid determination of Hot and Cold Spots (HCS) within a freeze dryer, and can be applied for all scales and sizes of equipment.

When designing a freeze drying process, batch PAT tools such as comparative pressure measurements or mass spectrometry can provide helpful information regarding the endpoint of primary and secondary drying. However, these technologies do not supply the user with data on heterogeneity and gradients within the batch. When the drying behavior of individual vials is investigated using single-vial monitoring technologies, position-dependent differences in product temperature during freezing and drying become apparent, which also affect the drying rate and primary drying time. These discrepancies between vials, depending on their position, are due to several factors including radiation effects from chamber door and walls, shelf temperature gradients, and cooling effects by the condenser. Tempris offers the possibility to comfortably qualify local differences within the batch for example as part of operational / performance qualification testing or in process validation. Due to the wireless operation principle, this data can even be obtained in production freeze dryers with automatic loading systems under load conditions, thereby offering unique information most representative for subsequent production runs. Hot and Cold Spot Determination – Case Study

A case study describing the application of Tempris sensors in the performance qualification of a HOF production freeze dryer with 8.78 m2 shelf area was recently presented. The 9 shelves were fully loaded with 2R vials, each filled with 1 mL of water for injection. A total of 16 wireless Tempris sensors (size S) were introduced into vials in bottom-center position prior to loading, and the instrumented vials were positioned on shelves No. 2, 4, 5 and 6 (top to bottom) in center and edge position. The product temperature data during an exemplary freeze drying run was monitored using a Tempris Interrogation Unit.

Observations during Freezing and Annealing

Among the 16 sensors, several hot spots were identified that showed significantly higher plateau temperatures upon holding at -50°C. A direct comparison of the 2 overall hot spots to the overall cold spot during freezing and following annealing showed a temperature difference of up to 4°C (see Figure below).

Observations during Primary and Secondary Drying

In addition to stronger systematic gradients in product temperature of several °C during the steady state drying phase, primary drying was completed significantly earlier for vials in hot spot positions (orange curve). The drying time was approx. 50% longer for the Tempris sensor in the coldest vial compared to the Tempris sensor in the vial at the warmest position. In addition, significant temperature elevation was apparent at the hot spot position at the holding time after completion of primary drying. The temperature at the hot spot was elevated by 3 – 4°C above the cold spot positions. In contrast, the sensor in the previous hot spot position ran a few °C lower than the one at the previous cold spot under secondary drying conditions. These apparently paradoxical observations are due to the radiative cooling effect of the colder chamber walls or door. 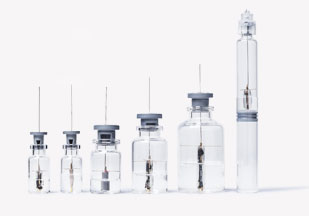 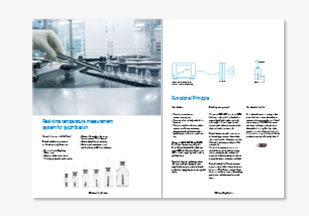 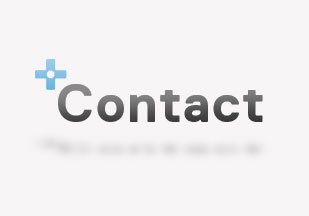 By clicking “Accept”, you agree to the storing of cookies on your device to enhance site navigation, analyse site usage, and assist in our performance efforts.

These cookies collect information about how visitors use a website, for instance which pages visitors go to most often, and how visitors move around the site. They help us to improve the user friendliness of a website and therefore enhance the user’s experience.

You may choose to prevent this website from aggregating and analyzing the actions you take here. Doing so will protect your privacy, but will also prevent the owner from learning from your actions and creating a better experience for you and other users.

Opt-out complete; your visits to this website will not be recorded by the Web Analytics tool. Note that if you clear your cookies, delete the opt-out cookie, or if you change computers or Web browsers, you will need to perform the opt-out procedure again.

The tracking opt-out feature requires cookies to be enabled.

These cookies enable the website to provide enhanced functionality and personalisation. They may be set by us or by third party providers whose services we have added to our pages. If you do not allow these cookies then some or all of these services may not function properly.

These cookies are essential in order to enable you to move around the website and use its features, such as setting your privacy preferences, logging in or filling in forms. Without these cookies, services requested through usage of our website cannot be properly provided. Strictly necessary cookies do not require consent from the user under applicable law. You may configure your web browser to block strictly necessary cookies, but you might then not be able to use the website’s functionalities as intended.
Go to Top